Josephine Pucci has known she wanted to be an Olympian since she was an eighth grader at St. Margaret’s School in Pearl River, New York.

“I had a yearbook, and they asked us some questions to go on our page. One of the questions was, ‘what are your goals?’,” recalled Pucci. “I basically just wrote ‘to play in the Olympics someday.’”

And recently, her childhood dream came true when she was announced as a member of the U.S. Olympic Women’s Hockey roster during the National Hockey League’s 2014 Winter Classic at Michigan Stadium. I had the pleasure of catching up with Pucci recently as she and her teammates are busy in Boston preparing for the upcoming games in Sochi.

Me: So, what was that moment like when you were announced as a part of the Olympic roster at the Winter Classic?

Josephine Pucci: Honestly, that was one of the coolest experiences of my life. We found out we made the team about a week before the public announcement, and the announcement itself was incredible, but the whole atmosphere of the Winter Classic just made the experience so surreal. 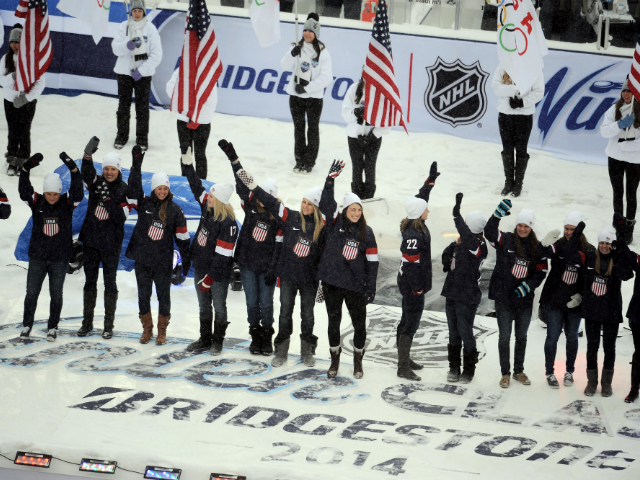 Me: Wow, that gives me chills just thinking about it.

Josephine Pucci: Yeah, and it wasn’t just the announcement. It was being able to be on the field and be in the stands with all of the fans, and it was just an absolutely incredible event for hockey in general. It was definitely an amazing experience to be a part of it and be able to be there. There was such a great atmosphere with the snow! It was awesome.

Me: How are you and your teammates preparing for the games?

Josephine Pucci: Everyone has moved out to Boston, and for me, my focus and priority is training. When you’re at the rink, you have to be fully invested and ready to go, and when you’re not at the rink, you’re basically preparing for when you go back to the rink, whether that’s mentally or physically resting when you’re away from the ice.

Me: How are practices going?

Josephine Pucci: The coaches are pushing us to give our best and be at our best. I mean, everyday at practice, you have to bring it, and you have to be prepared. It’s definitely a full-time commitment, but at the same time, it’s a blast. It’s so exciting to be a part of a team that everyone is working together for the same goal, and I’m definitely enjoying the experience for sure. 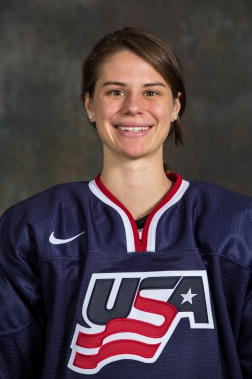 Me: What are you most looking forward to about the Olympics?

Josephine Pucci: I think first and foremost, I’m just excited to compete at that level and to hopefully accomplish the goal we set out to reach, and that’s ultimately win a gold medal. I’m excited to do everything that we can as a team to hopefully bring the gold medal back to the United States.

Besides that, I’m excited to be in an environment with some other incredible athletes, and ultimately to just finally set out to do what we’ve been working for for so long. We’ve worked so hard and long as a team to get to the Olympics and compete, and I’m just so excited to do that.

Me: When you’re not on the ice or training, what do you like to do in your spare time?

Josephine Pucci: I try to relax, I try to eat well, and I try to see some of my friends. I’m living with a host family in Winchester, Mass. About half of the team lives with host families in the area, and I’ve just really enjoyed being in this environment, and it sort of takes the focus away from hockey. Just being around the family I’m living with, there are kids who play hockey, and it’s a really nice town that they live in, so it’s a good balance. I try to go to the library and read, and just see friends in the area. Just try and find a good balance.

Me: Who were your biggest influences growing up?

Josephine Pucci: Well, obviously I’m from New York, so I love the Rangers, you know, Mark Messier and Brian Leetch and those guys. Now as I get older, I’m just so pumped for the Rangers on the American team, and I have the same number as Ryan Callahan, so that’s pretty cool. I love the Rangers, so I think that watching them up to this point has been pretty cool.

Me: You can say your biggest dream came true when you take the ice against Finland. What advice would you give to people about not giving up on their dreams?

Josephine Pucci: I feel like confidence in yourself means everything because you’re always gonna see people along the way that don’t think they can do it or have their doubts. And at the end of the day, if you have confidence in yourself, and you have the passion to pursue your goals or dreams, then you should go for it, as long as it’s something you enjoy. If you enjoy doing it, then you’ve gotta go for it. Whether or not you end up accomplishing your dreams, if you enjoy the process, then it’s worth it. You’re gonna learn a lesson from it.